After NYCC and CCM! Only one UU left Standing!

Hello people out there in the internets!!!

So, NYCC was a big old success, and a very great first Stateside outting for the Little Ugly Unicorn Fellah! The figures at the Lulubell booth went like hotcakes upon releasing on Friday, and the Tenacious Toys' release trickled down to just one remaining! (NOTE- join the mailing list if you are interested in having a chance at grabbing that last TT Ugly!) Not sure who noticed, but there was a tiny little surprise at the Tenacious Toys' Booth as well - the clear blue guys were split 50/50 orange and yellow eyes - a little variant fun ;-)

The two eye variants at TT's booth looked like this: 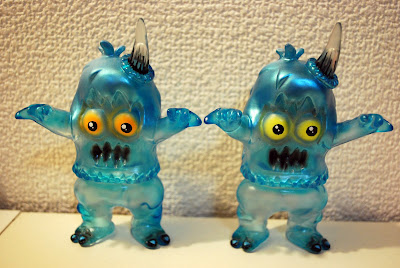 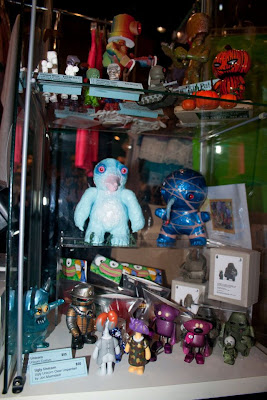 And some pics of the little blue guys in place at the con! Thanks to Kris Dulfer (Kid Ink Industries) for posting the pictures on Facebook! Awesome to see the Uglies in the company of such greats as Bob Conge's (Plaseebo) Molezilla! 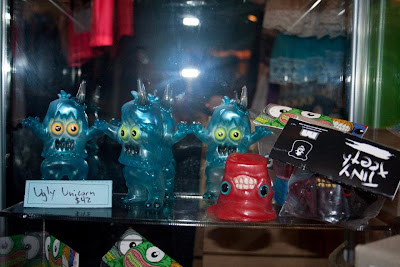 And then there were the pieces at the Cotton Candy machine in Brooklyn! I was happy to see people postin pics around of these guys - and I really dig the pastel colors. Not sure how many there were (or how many went off to new homes), but here's a shot of one of the two variants. The other is just a switcheroo - blue legs and pink-ish top. I'll be getting some of these at some point, so keep your eyes peeled for updates if you want one but were unable to attend the SUPER COOL show at the CCM. 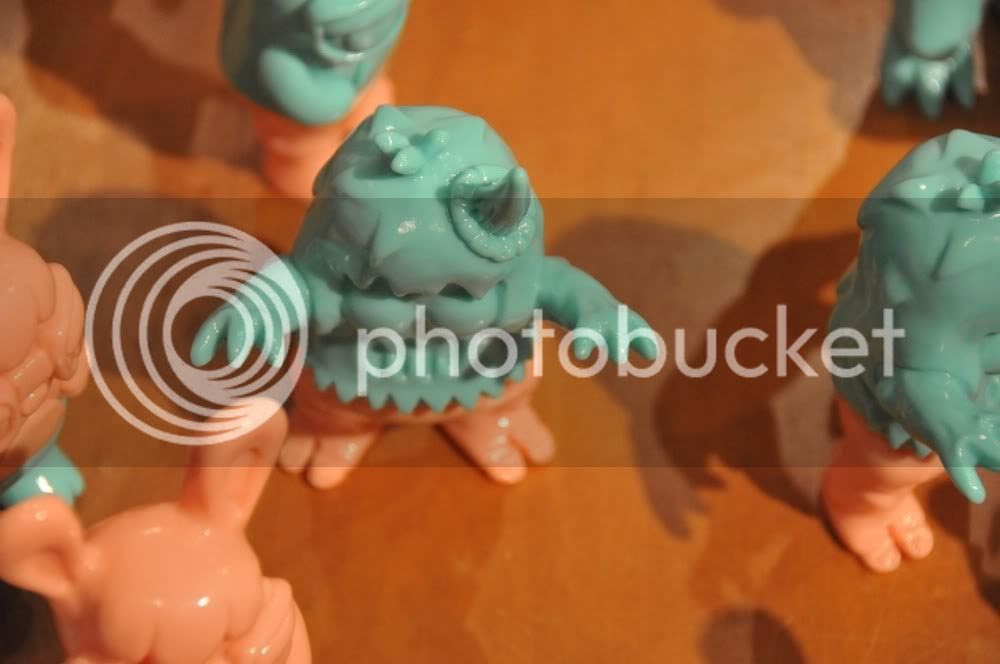 Another exciting bit of news - Andy, of Kaiju Korner fame, put together a great review of the Ugly Unicorn! He took some great pictures (and wrote very flatteringly) of the little 'Poppy Goji' dude! Here's a picture I stole from Andy's blog - so cool! Head over to the blog to read the full review, here: 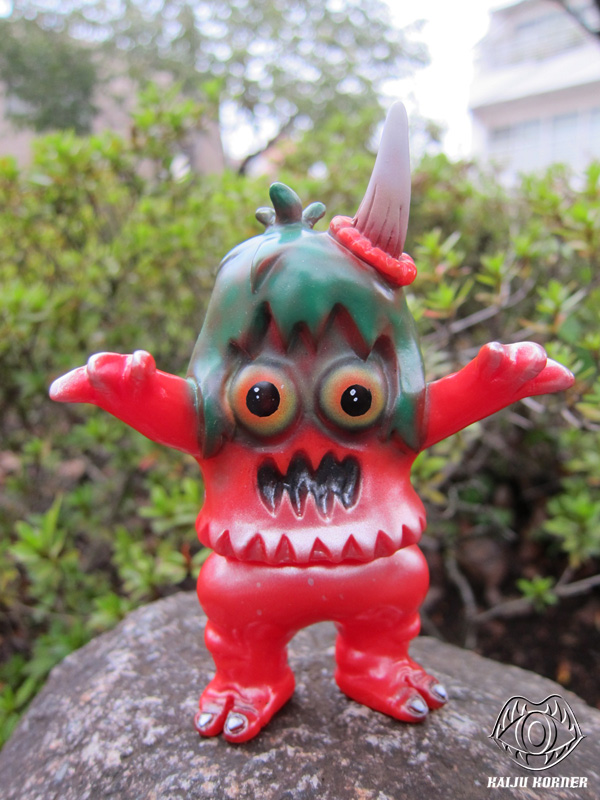 Last, but not least - NEW STUFF! I'm almost done with the Halloween Ugly Uicorns! These guys are done on GLOW IN THE DARK vinyl, and will feature bundles of stenciling and brush-work! Dropping on Halloween - here's a teaser: 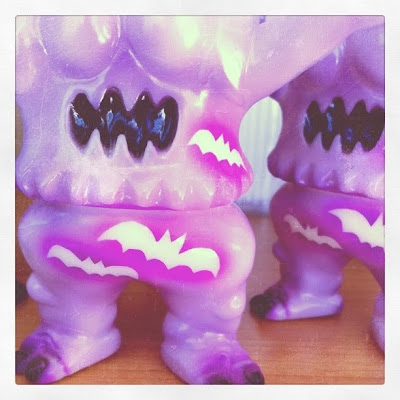