Big news for the upcoming Wondercon on April 1-3 in San Francisco - I'll be releasing some AWESOME new figures! This will be a 2 figure set - Sculpt/Mash-up by me and the release run of 15 sets all cast by Marty Hansen, better know as TGB - The GODBEAST Customs. Marty does some amazing work with Crystal Clear resin, and he deffinitely nailed it with these figures! They'll come bagged with a header card (I'll have the original header art for sale at Wondercon as well) - Clears will go for $35 a set and GID for $40 a set. Heres pics (I'm in Europe at the moment - some new pics when I get back!): 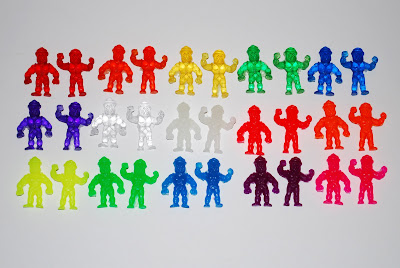 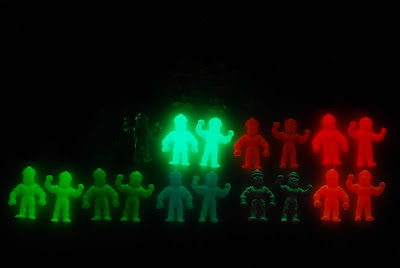 And, some logistics info - I'll be at booth Number 1239 with 'Imps and Monsters' - which is near exit number 13 on the Folsom Side of the Convention Hall. I'll have bundles of stuff, so come on by and say 'hi.'

On Saturday March 5th (THIS coming Saturday) I'll be at Emeral City Comic Con, hanging with my Friend Just Hillgrove (Imps and Monsters) and showing (and selling) some resin toys and prints! I've been frantically working to cast up a number of items for this event as well as Wondercon because I'll be off to Europe for a bit in March, and Wondercon is the same week I return! Yikes!

I have some super fun new releases to share, and I'll have a few of these pieces at ECCC as 'pre-release' (read: early bird locals) specials! Here are some photos: 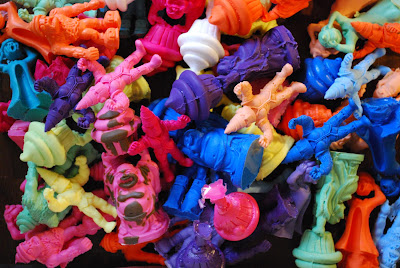 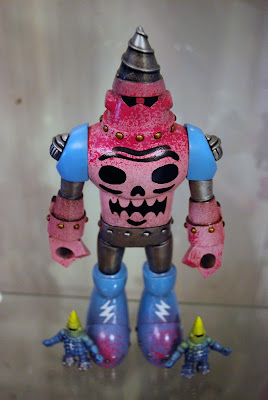 Custom SEISMIC ACE and ACE M.U.S.C.L.E. Helpers!!! The little helpers are 2 casts from the mold I made for Mattyboombatty of Smash Tokyo Toys. He'll have more of these at SDCC this summer. 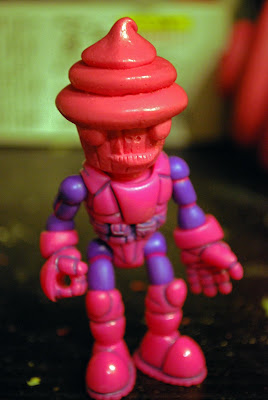 New Cupcake GLYOS head sculpt! With the blessing of Matt Doughty (Onell Designs), I'll be casting up a bundle of these glyos heads - only a few at ECCC! 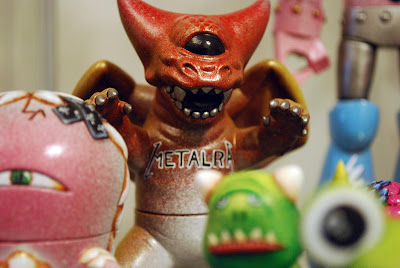 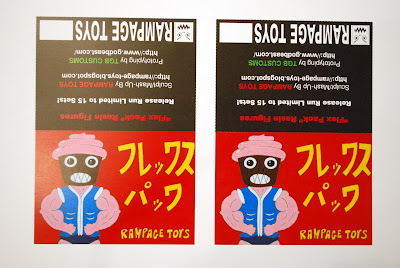 And last but not least - Here's header art for something SUPER exciting! I'll be releasing a sure to be AMAZING run of resin toys - sets of two. These are a collaboration with my friend TGB (The Godbeast Customs), who is a MASTER with crystal clear resin casting. This release run will be limited to 15 sets of figures, bagged and carded. I'll also have the original header art for sale ;-)
Hope to see you all at one or boith of the upcoming cons! Should be a blast!