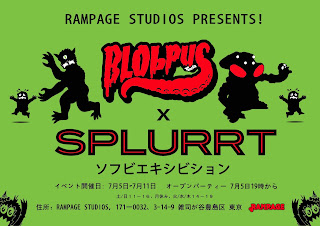 Well, the show has come and gone (over today in about 1 hour), but I figure it's better late than bever when it comes to sharing pictures and such.  So, here you go!

The event was a HUGE success!  We had a nice line-up of people on opening night - drawn by the super greatness that is KONATSU and her lovable Kaiju characters, Negora and Shibara.  The show featured around 15 customs by Konatsu, 12 customs by me (RAMPAGE TOYS), an official release of a new Konatsuya Shibara (which was designed by and the paint sampe was executed by me), a whole bunch of art and other new figures (Ugly Unicorns, etc.).  Good times all around - with the opening night party lasting until around midnight, and featuring Konatsu drawing up some amazing pen and ink pictures at requests from the crowd.

Online sales commenced on the 17th, which ushered the majority of the works out the door.  However, there are still a few select items available in the shop, here: 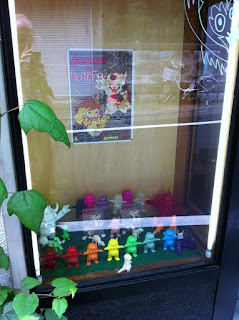 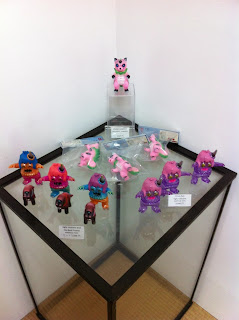 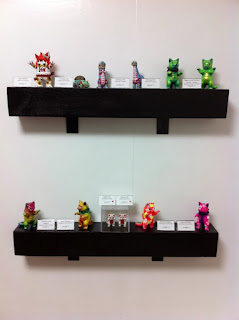 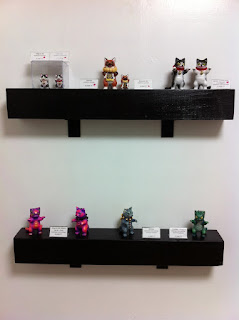 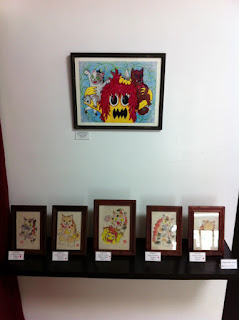 The RAMPAGE STUDIOS Exclusive Shibara that was released at the show.  Thanks to all who grabbed one ^_^ 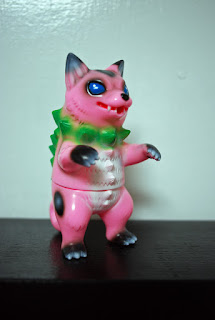 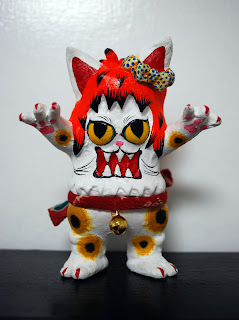 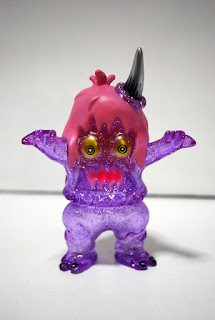