A lot has happened since my last post, and it's mostly been GREAT! First was a little show/sale near Seattle - sold some new stuff. Then Urban Craft Uprising at the Seattle Center! What an awesome time that was! A whole bundle of RAMPAGE TOYS and Artwork went away to new homes :-) The booth was a 5x10, so things were packed in there - it was a tight fit: 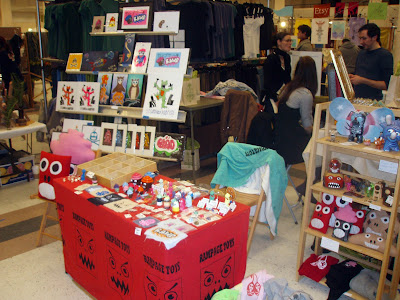 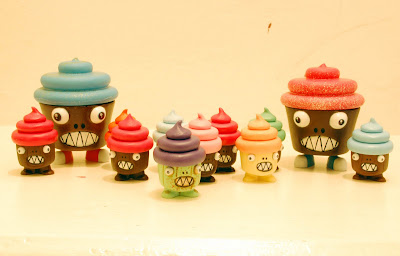 Above are some new Full sized Kapuke-ki Kaiju and the new MINI KAPUKE-KI Kaiju figures!!!! All of the above figures found new homes at or after Urban Craft! Thanks to anyone who picked one (or more) up!

And then - the next weekend - My lady and I headed down to Portland for the Crafty Wonderland Holiday Mega Extravaganza! There were a gazillion vendors at this thing - maybe the reason why the shoppers weren't going nuts. I ran into Bwana Spoons, Hungry Eyeball, Jon Knox and Monstre Hero while down in Portland - AWESOME to meet those guys! Bwana took some of my resin for his shop (Grass Hut in downtown Portland), and I picked up some Jon Knox resin to paint up (in February). 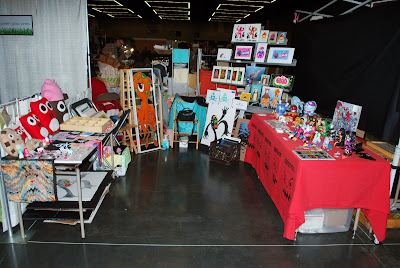 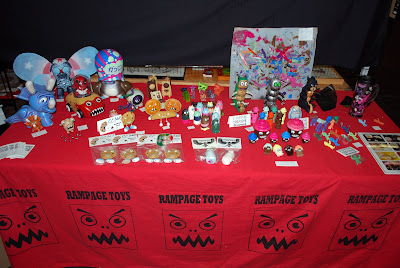 Anyway, if you're looking to get your hands on some new Mini-Cake Cupcake Kaiju - e-mail me, and I'll get a list started for when I return in January - rampage.toys@yahoo.com. And, as always - lots of pics on Flickr: http://www.flickr.com/photos/27483582@N00/

There is a ton in the works for February - resin releases, some collaborations and customs galore!

Merry Christmas to all! May it find you surrounded with toys and other such great art-stuff!
Posted by Jon at 1:09 PM No comments: