First of all, a huge thank you to all who grabbed one of the new Woo figures and/or a set of the new RAMPAGE x GRAVY Brodar figures - Morel Black and Paleo Don!  Woo has sold out (yay, thank you all!), and I have put in the request for the GID casts of Morel and Don.  Those who ordered can expect shipping to happen before the end of August ^_^

Second, and it's nutty to already have this news to share - there are MORE new dudes on the way - and in the production time-line just in time to make their debut appearance at RAMPAGE STUDIOS in July!  Actually, this is a whopper of a news blast now that I think of it - so have a seat and have a read and  then rejoice with me!

First of all, it's been a while in the making, but RAMPAGE and GRUMBLE TOY have finally teamed up on a production project!  GRUMBLE Chris sent me a teeny tiny version of his mega cute Chubby Tough, and the molds and some vinyl are now waiting for me in Tokyo!  Check out this adorable fellah, who I'm dubbing 'Tiny Tough': 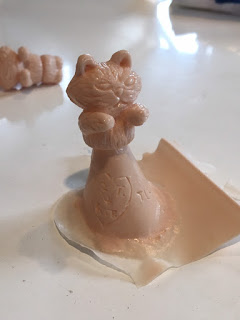 There will also be a teeny tiny tank (even smaller than the existing RAMPAGE tiny tank) that this little cat can board for maximum (albeit tiny) destruction!  Hopefully I'll get some test shots in hand in the next couple of weeks - so I can play a bit and share some more pictures (keep and eye on Instagram!).

Next up - and this has happened so amazingly quickly - I'm super excited to reveal a project that is pretty big-time and downright awesome-sauce:  The RAMPAGE x KONATSUYA Ugly Onicorn! 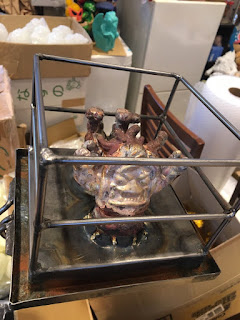 and here's the toy (test shots)! 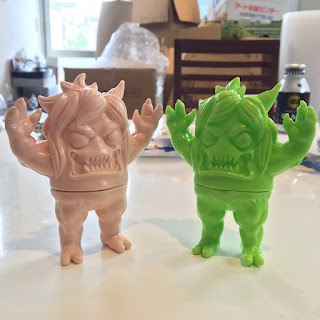 I haven't gotten these in hand yet unfortunately.  The timing of my current adventure in good ol' America and an unfortunate box going astray has meant that I won't be able to hold and truly get a grasp on the awesomeness of these figures (or the Tiny Toughs) until July 2nd.

But, here's the story on these (in bulleted form for max info in min verbage):

*Based on the original RAMPAGE Ugly Unicorn

*Sculpted by TTToy in Tokyo

***RELEASING on July 22nd at RAMPAGE STUDIOS during the 3 day KONATSU ON A RAMPAGE EVENT!!!

Yep - Konatsu will be back at RAMPAGE STUDIOS for a second time - this time for an opening night event and Saturday/Sunday exhibition.  The show will feature Konatsu and RAMPAGE painted figures, new releases (The above new figures) and artwork by the amazingly talented illustrator, KONATSU-SAN!

So, that's a lot of info, and all super exciting to share!  Thanks for reading, and thanks again to all for your continued interest and support! 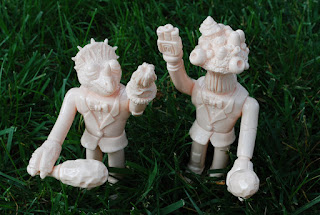 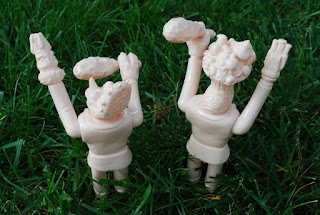 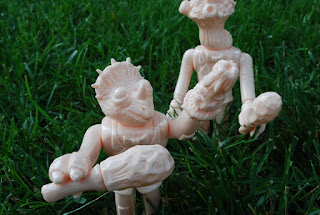 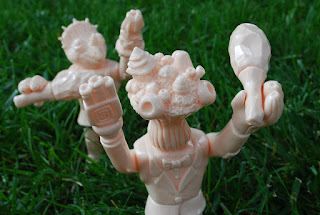 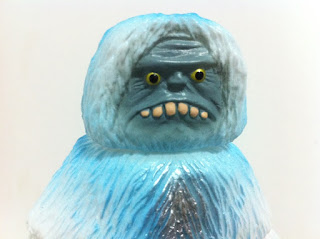 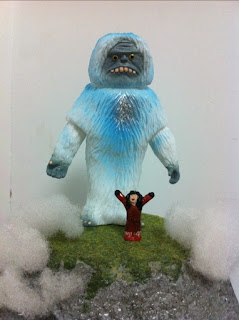 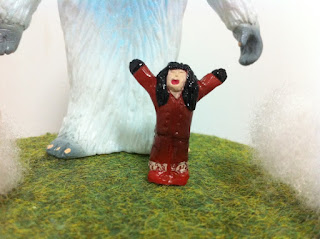