Just a few more select items to go, and the RAMPAGE BIG CARTEL will be all stocked up!

The Shop also got a little makeover - improving the appearance (me thinks), and allowing me to stock A LOT more items. Keep your eyes peeled for oodles of great stuff over the next months (and beyond!). Here's the new shop header: 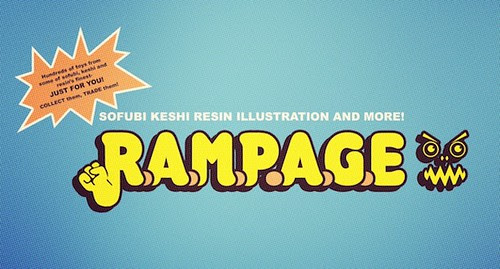 Now, head on over and see what kind of goodies you can score ;)

This weekend (Saturday here in Japan - Friday PM in the states) will see the release of a figure I am most excited about - a RAMPAGE STUDIOS Exclusive Splurrt x RAMPAGE Mecha Brain Cadaver Kid (that's a mouth full).  THis will be a run of 30 figures - split 20 on-line and 10 in-store (at RAMPAGE STUDIOS).  So, if you are in Tokyo, come grab one in person.  Otherwise, get your trigger finger prepped.  I wager these will be gone within a minute of my hitting 'active' on the status listing...

Here's pics.  These are taking A LOT of work.  Kind of brain dead here... 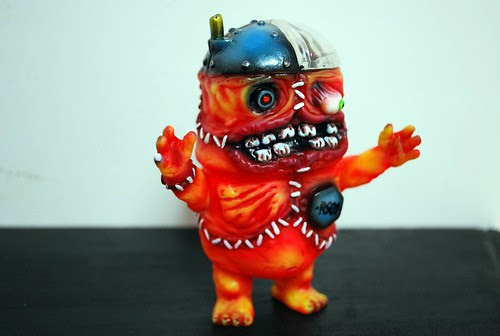 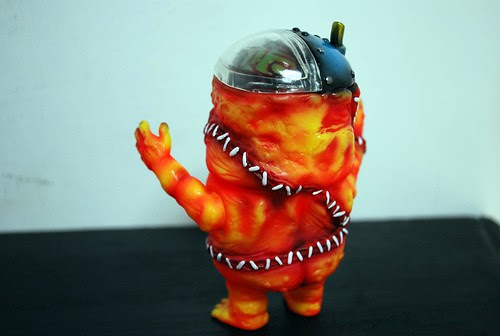 Best of luck to all the Splurrt fans out there!
Posted by Jon at 11:38 PM 1 comment:

The Opening Party at RAMPAGE STUDIOS was lots of fun!  Thanks to all those who came out!

I will be putting stuff in the Rampage Big Cartel Shop over the next few days.  Keep your eyes peeled if you wanted something in particular ;)

Here's pics from of the shop and the opening reception: 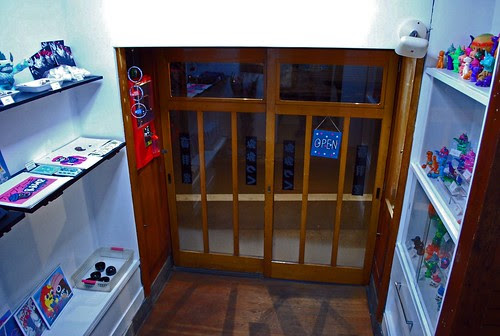 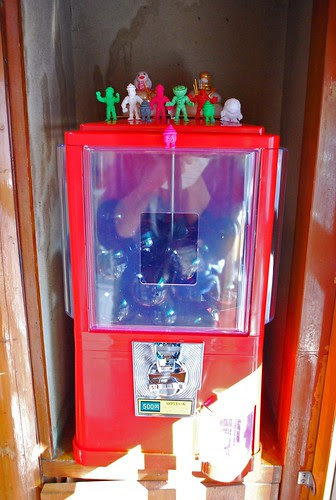 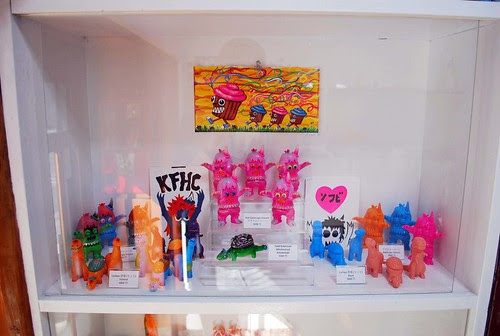 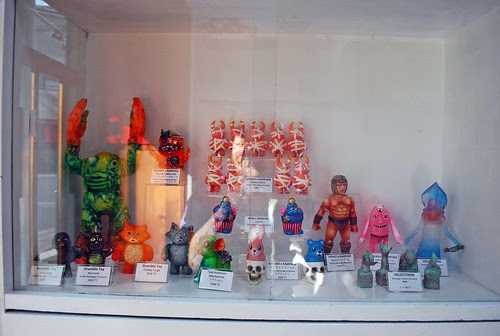 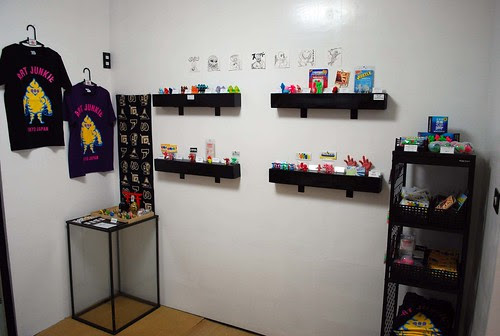 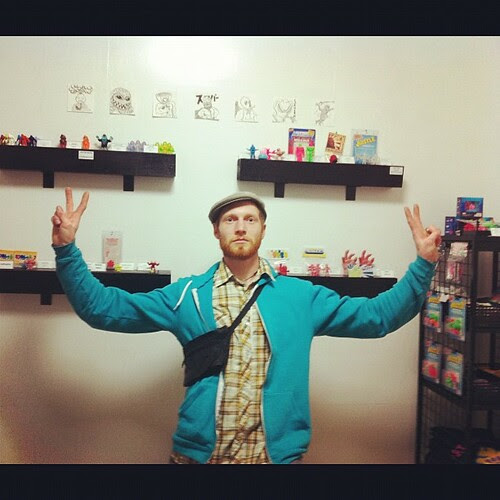 It's been a wild and crazy couple of weeks - leading up to THIS FRIDAY'S opening here at RAMPAGE STUDIOS!

It's about time I get all of the info straight for this thing.  Here is it:

WHAT:  Opening Partay and show to feature the following most excellent awesomeness: 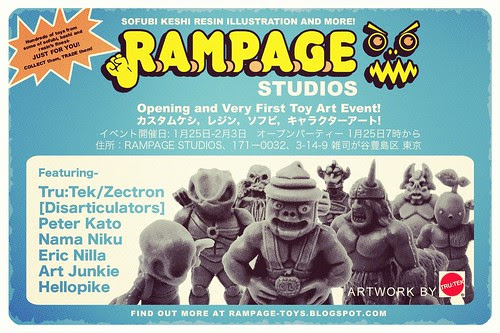 More specifically, the contributors for this show have sent over a TON of  great stuff including, but certainly not limited to, the follwing:

-TRU:TEK and the Disarticulators Debut of Kesh-e-Face, The Tiny Terrors from the deep and Higekami (Master of Beard Fu).
-TR:TEK has provided the DEBUT release of his H.U.S.T.L.E. artist series! 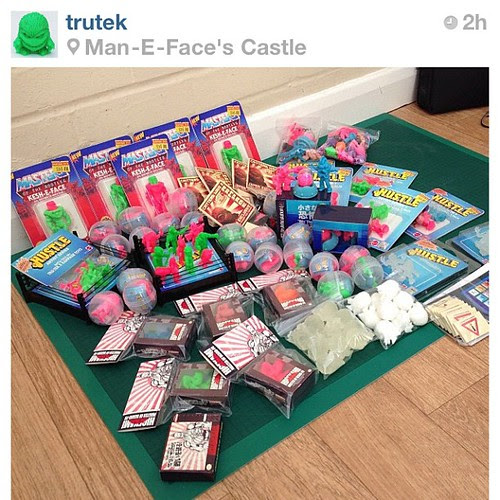 -Nama Niku reveals his NNWA figure - Awesome!
-Hellopike sent over a ton of his Nikuthulu MUSCLE mash-up - in lots of different colors
-Eric Nilla has gone all out with loads of MUSCLES of the Universe figures, and his original Sitting Adam and SD Rick figures.
-Peter Kato provided a nice pile of resin that has been given some signature RAMPAGE TOYS paint applications ;-)
-Art Junkie delivered a box full of his handpainted "Shitman' resin figures, as well has some 'DX' shitman resins and an exclusive T-shirt release
-The RAMPAGE STUDIOS Gachapon Machine will be up and running - stocked with rubber figures from RAMPAGE TOYS and Nama Nikku. 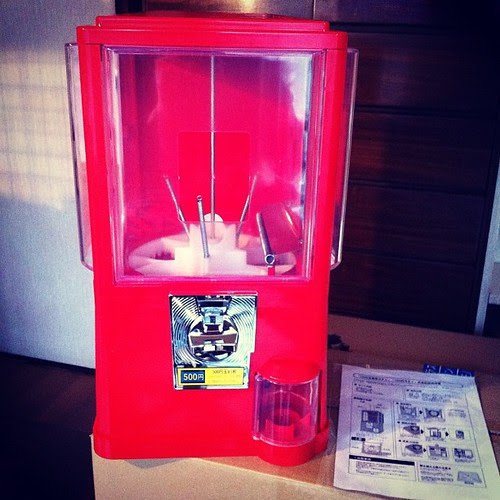 AND THEN - VINYL:  On top of the great stuff that will be on display (and for sale) for the opening show, there will also be a whole bundle of exclusive sofubi releasing.  The shop (and on-line store) will feature rotating exclusives and RAMPAGE handpainted sofubi from some of the best folks out there!  Stock at the opening (or in the weeks/months to follow) will feature the following makers:

The list is growing, but for now the above listed makers have either already mailed me stuff, or their stuff will be in the shop at the time of the opening on the 25th.

LAST, BUT NOT LEAST: New Dinosaurs and New Ugly Unicorns are on the way!  Things have been a bit nutty, so releases have been slow in the new year - but the regular release schedule will pick up again soon!  Lots of great collaborations are on their way as well, so get psyched!  Also, sculpts are started for some new sofubi!  YAY!

More soon - including the (eventual) birth of www.rampagetoys.com and such :-P
Posted by Jon at 7:59 PM 1 comment:

RAMPAGE is getting a STOREFRONT - in TOKYO!

RAMPAGE STUDIOS will open on January 25th - right here in central Tokyo - with an opening show/party featuring work from some of the best resin and rubber mini-figure makers around!  More info will be up in a following post, but here's the BEE's KNEES event flyer (By the MAN, Trutek) to get the excitement going!