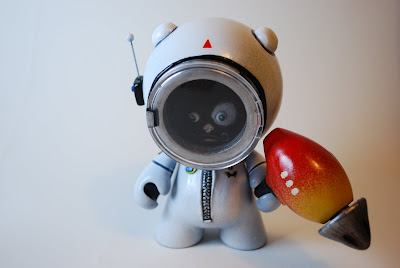 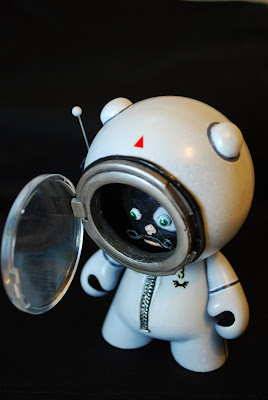 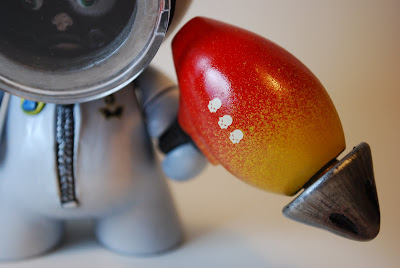 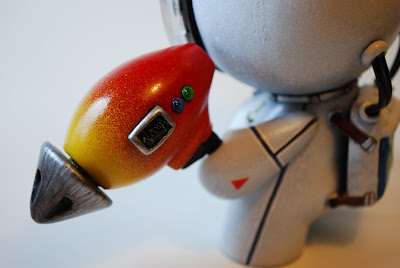 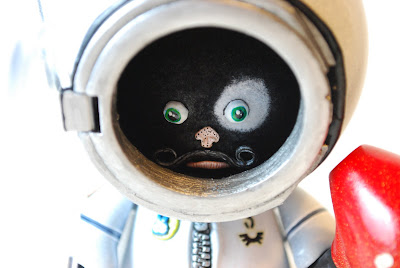 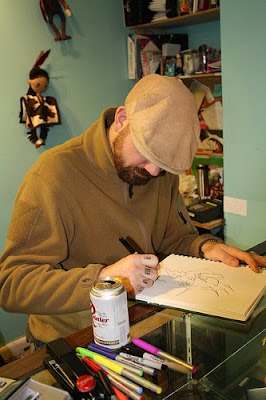 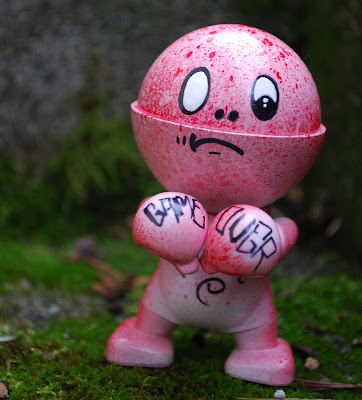 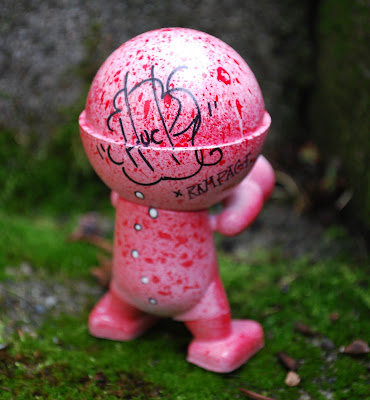 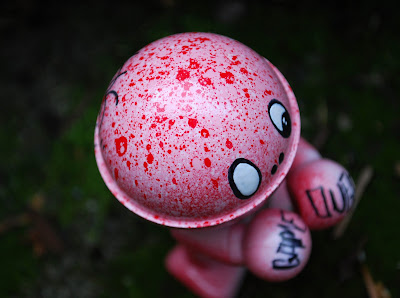 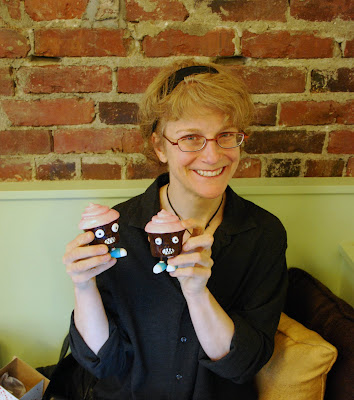 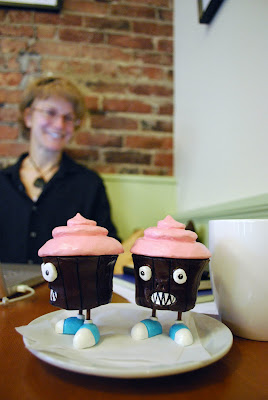 Coffe and Cupcakes? But wait, the cupcakes are taking bites out of YOU!
As, always, there's a ton in the works - including some 2d Artwork, and more toys. Check back in the next couple of weeks for more from RAMPAGE TOYS! In the meantime, feel free to check out the flickr page for photo updates.
Posted by Jon at 11:01 PM 1 comment:

Finally, here for your reading pleasure: The storied pasts of Jelly-O and Punkin Pie! 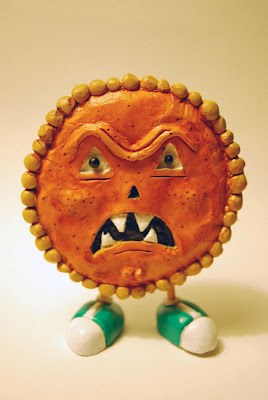 Punkin Pie: After a long stint as a juvenile pumpkin on the Eastern Shore of Maryland, Punkin Pie finally grew up and joined the ranks of pie-dom! Having achieved the ranking of black belt in his karate class, and master gardener at the lovely Longwood Gardens, Punkin Pie hit the road in serach of new adventureS. He now travels the world making friends in youth hostels and inns, and teaching them the way of the Punkin. Turns out we all have much to learn... 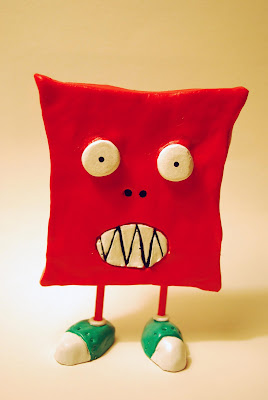 Jelly-O: Jelly-O is the most savage of all the RAMPAGE characters! His sharp teeth and 132.77 psi jaw clamping capacity make him a toe biting terror, so you'd better watch out! Jelly-O wants nothing more than to play the ukulele, and therefore lives a life of frustration - he has no arms!!! He takes out his angst on unsuspecting children, who run away in fear once they realize that the Jello-snack they though they just found was in fact a ravenous monster with sharp pointy teeth and NO MERCY! BE AFRAID!