Just a quickie here folks, and mostly pics! I sent the sculpt off to TOKYO for this guy. I expect it will get there in about a week, and we'll see test pulls (in VINYL!!!) in about 2 months! More info soon! Here are the pictures of this guy in all his UGLY GLORY!!!! 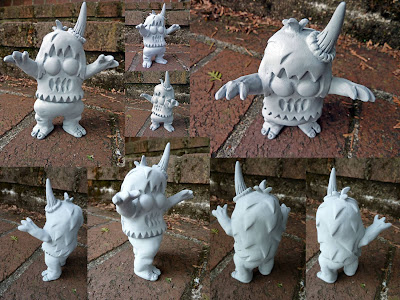 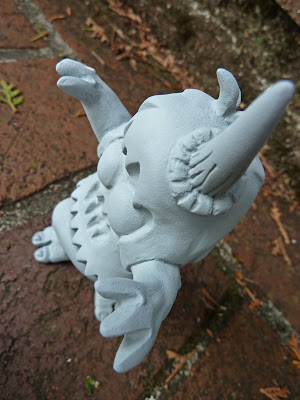 A little group shot for scale, and, well, FUN! 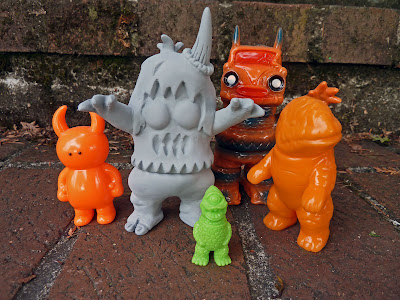 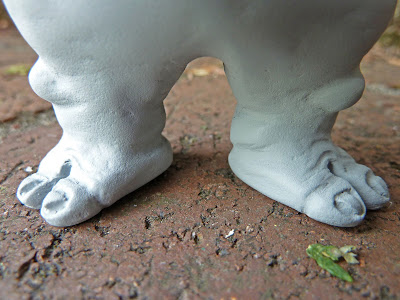 As Seen on SPANKY STOKES! 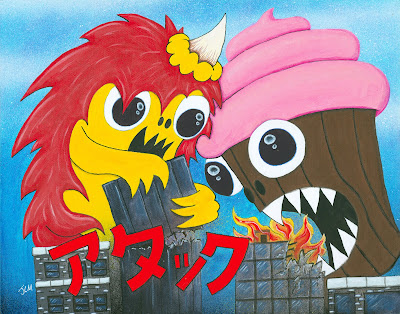 So, thing is, I'm ok about getting things out there... just not on my own blog! Silly, right? Anyway, perhaps some of you folks have seen information about the "Ugly Unicorn Sofubi Project" on blogs like Spanky Stokes, or Toys, etc., or maybe even elsewhere. And perhaps you've seen the bundle of Work in Progress pictures that I've gotten on Flickr and Facebook. But Now they are here! Right here where they should be!

So, this is super exciting! I've recently completed the sculpt for a figure that is intended for Japanese Vinyl production! This little guy is the "Ugly Unicorn." He is generally a docile fellah', but the thing is, he needs cupcakes to stay alive! If a sky scraper or unwitting pedestrians were to get in between him and a cupcake, he can't really be held liable for the destruction that might ensue. So (and this might be stating the obvious) he is the arch enemy of the Cupcake Kaiju! Whenever the two cross paths, there is sure to be a problem - a fight even! Think: "Giant Cupcake Eating Booska"

That's a little bit of the backstory - more to come (in an illustrated format!).

Now to the pics of the sculpt! This figure will be right around 5 inches tall. He articulates at the hips - and he is built to resemble a traditional bullmark kaiju figure! The idea is to have this guy be a nice clean vinyl design, but to retain the handmade feel of the old Ultra-kaiju figures - with a bit of a resin figure 'edge' ;-) Basically, I want it to be a handmade figure - and it will be - each figure made in Japan is meticulously cast in beautiful soft vinyl. I cannot wait to see the first pieces pulled from the mold - hopefully later this year! For now, keep an eye out for the full frontal reveal - seen by very few so far - and not dropping here at the moment ;-) 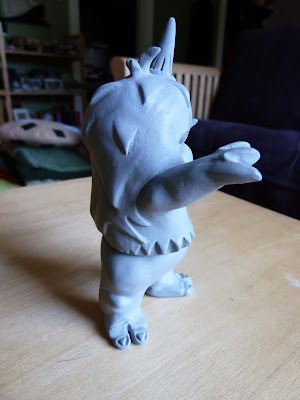 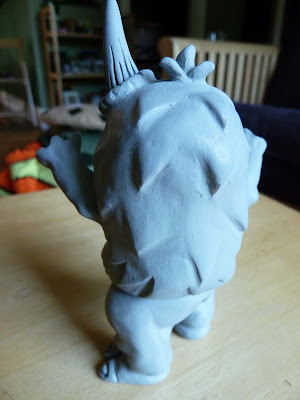 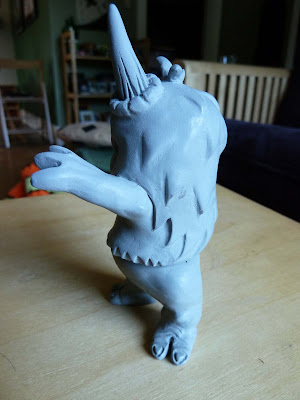 He's got some knobby knees and thunder thighs! I think the cupcake diet is to blame :-P 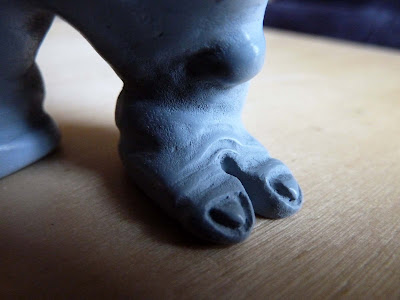 Oh, and one more thing - unrelated to the exciting Ugly Unicorn project, but still super exciting!
New FLESH FLEX PACKS drop in the RAMPAGE SHOP next Monday! I just got the casts from Monstrehero yesterday, and they need a little cleaning and some header card action! Here's the 'pile o' resin' shot ;-) 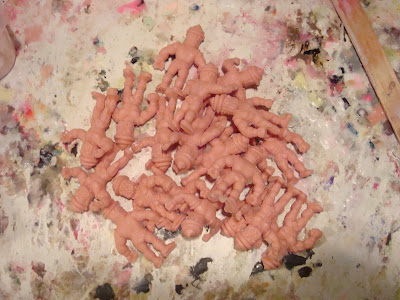 Thanks for stopping by!
Posted by Jon at 3:50 PM No comments: