So, the newset development from the world of Rampage Toys is an increase in retail availability. In other words: RAMPAGE TOYS are out in stores now!

Check out the following shops in Seattle where you can get all sorts of rad stuff including RAMPAGE TOYS.

This first edition of the Rampage line is super limited. There will be less than 40 total of the rampaging snack-food monsters anywhere IN THE WHOLE WORLD! So, snatch 'em up and put them on the shelf next to whatever other awesomeness you're currently collecting. E-mail me for direct requests! rampage.toys@yahoo.com 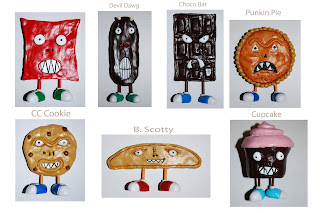