Here's info on a project that is a bit out of the box - a big gnarly toy that is not Japanese vinyl for which am offering a RAMPAGE painted version.  Introducing, the RAMPAGE OLTRETOMBA: 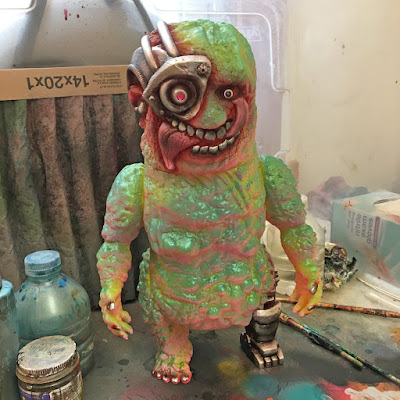 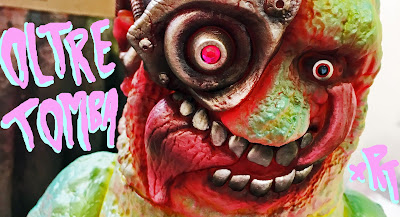 This figure measures roughly 12 inches tall, articulates at the head, legs and arms and was cast in yellow vinyl.  Paint is bright neon an metallic sprays with a fair amount of brushwork and a sparkly jewel eye.

These are now available for purchase by lottery drawing.  They are $250 each, plus shipping ($15 within the United States, and $50 elsewhere).  To enter the lottery, please send an email to rampage.toys@yahoo.com  with the subject line "Oltretomba Lottery."  Please include the following in the body of your email:

Winners will be notified this week, and payment is required within 24 hours of the winning notice. 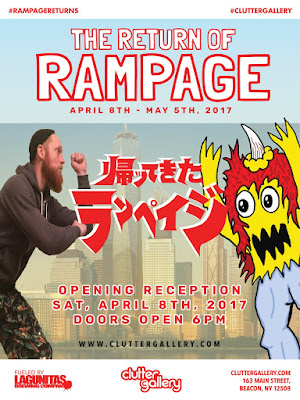