I just got the pictures of the Vinyl Test Shot for the UGLY UNICORN! Very Exciting :-D This flesh cast looks so nice and shiny, and it makes me psyched for the red and yellow that should be up late next week from Tokyo!

Pre-orders are staying up in the shop for another week (until 9/9 in America), or until they sell out (whichever comes first). Following that I will be starting on the painted runs for Superfestival in Tokyo on September 25th, and also the pieces for New York Comic Con in October! More info on releases and all that very soon! Here's the figure! 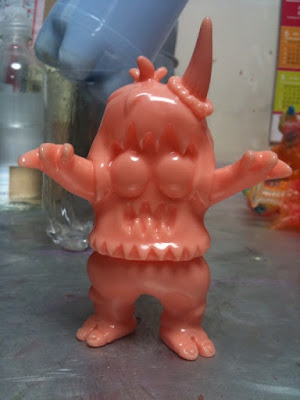 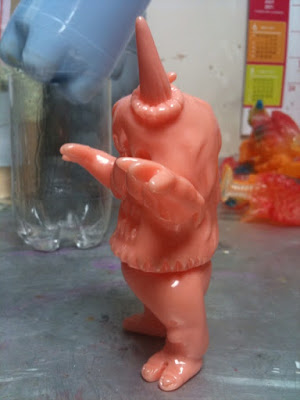 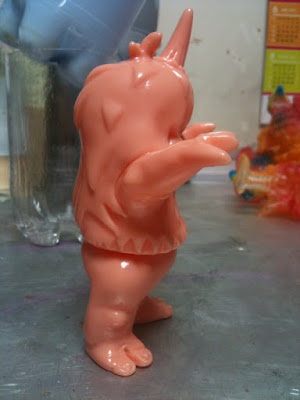 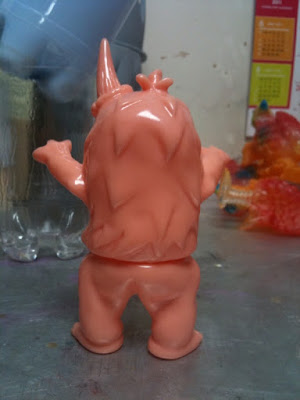 It's an extraordinarily exciting time for me right now; having moved to Japan, and now announcing the official release of my very first Soft Vinyl Toy! I hope some of you guys like this little fellah, as I'm SUPER Excited to make more already!

Here is all the info you need:

A little more back-story: The UGLY UNICORN (アグリー ユニコーン ) is a mysterious creature believed to come from a planet where cake and frosting are the main source of sustenance. Via some semingly random circumstances (a wormhole perhaps?) he has come to earth and now seeks the only thing that can keep him alive - CAKE! Due to his absurdly rediculous size (measured by scientist to be somewhere around 75' - depending on his food intake at time of measurement), UGLY tends to make a mess of his search for food; destroying things and leaving rubble in his wake.

Each figure is made in Japan, measures slightly over 5 inches in height and will come bagged and header carded. I'm releasing the first two colors (unpainted) at the same time. Red and Yellow! The color swatches in the attached pics should match the Pantone requests I put in. I have been told to expect the casts by the end of August. 15 of each blank color-way. Painted one-offs and small runs will starting being available at SUPERFESTIVAL in Tokyo on September 25th!' 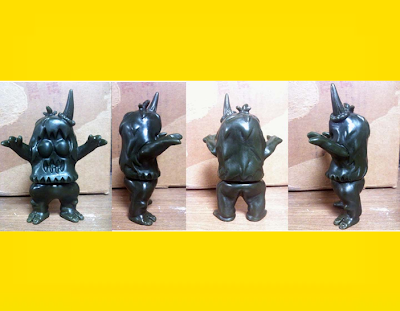 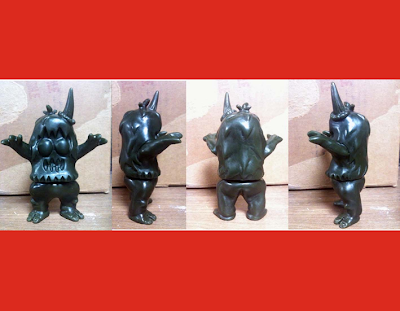 Many thanks to all the folks who have checked out, voiced interest, blogged about or otherwise helped in getting word out about this thing! YOU ROCK!

Also, I'll get a post up soon that details the ENTIRE process of sofubi production - start to finish - sculpt to vinyl casts - including PLENTY of photos and VIDEO! Have to make use of my new video editing software ;-) I just have to sort out my 'alien registration' stuff first!
Posted by Jon at 3:21 PM No comments:

OK - quickest post EVER! I got pics from Velocitron of the WAX proto for the UGLY UNICRON sofubi figure! PSYCHED! Pre-sale in the shop soon for blanks - bright yellow and red, HEADER carded!!! Here are the pics! 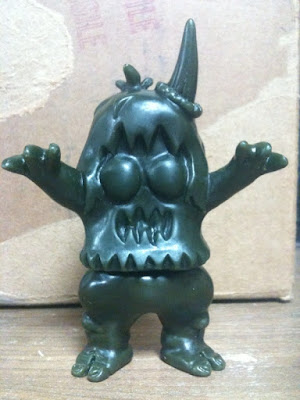 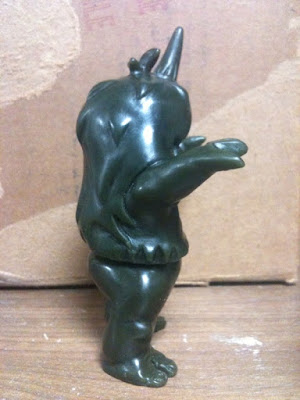 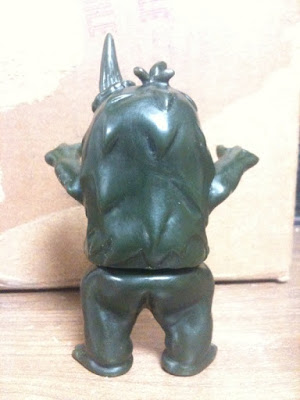 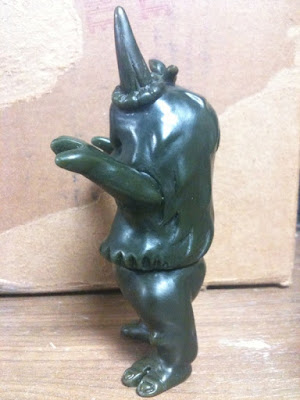