I dropped a few new things in the shop yesterday - go have a look see! Here are some pics for those just passing through. 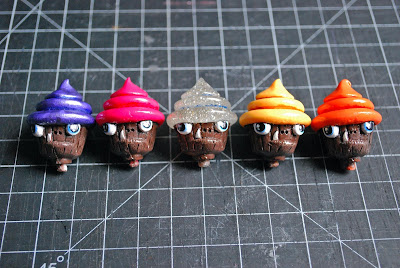 HANDPAINT Glyos Head! Cast in colors and clears and painted up a bit 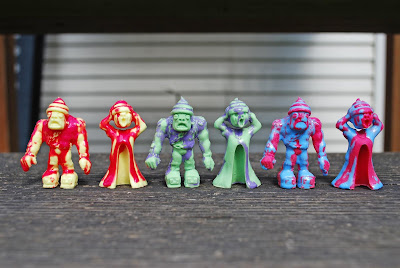 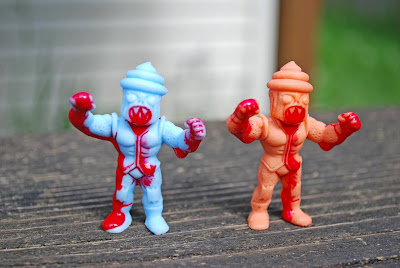 And Here's a little teaser for a soon-to-be-released project that will be released by my friend Benny of TENACIOUS TOYS! This is some packaging art (these are screen printed stickers) for a blind-box series. The series will feature figures by Justin Hillgrove, Osiris Orion, Nasty Niel, NREAZON and RAMPAGE TOYS (of course!). More info and teasers going up regularly in the Tenaci0ous Toys blog and twitter page! 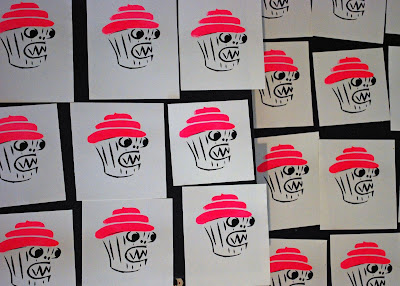 And it's just about time for the next FLEX PACK release! This set will be 100% flesh, and is being cast up RIGHT NOW by Cliff - MonstreHero. Here's a pick of the test pull below the original figures used for the mash-up. SWEET! 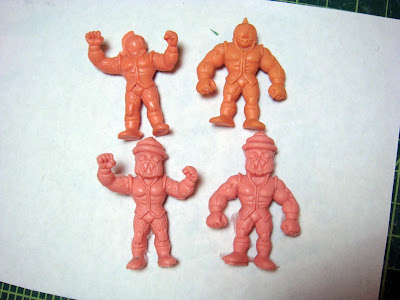